SOCIETY AND ECONOMY IN VENEZUELA 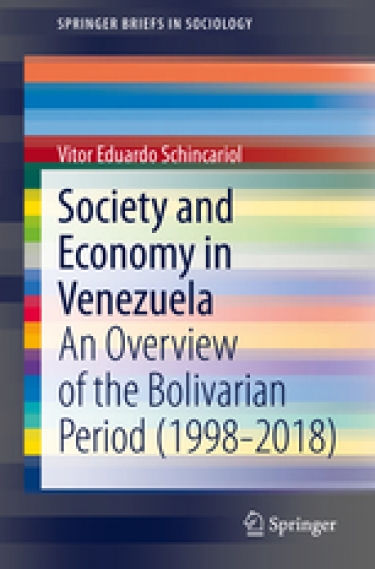 This book presents an overview of the economic policies adopted by the Bolivarian governments of Hugo Chávez and Nicolás Maduro in Venezuela between 1998 and 2018, and the economic and social results of these policies. The recent history of Venezuela has attracted much attention due to Chávez’s and Maduro’s self-declared search for socialism since the beginning of the 21st century and the economic trajectory of the country in this period, which experienced significant economic growth during the international oil boom in the first decade of the century, followed by a huge economic crisis in the second decade.

The volume adopts an economic history approach, taking into account both economic and social variables to analyze the Venezuelan overall socio-economic performance since 1998. Drawing on official documents and statistics, as well as on the available literature, it presents an empirical analysis of Venezuelan economic and social histories during the Bolivarian period, describing and analyzing the achievements and limits of the policies adopted between 1998 and 2018.

Society and Economy in Venezuela: An Overview of the Bolivarian Period (1998-2018) will be a useful introduction to sociologists, political economists, political scientists, economic historians and other social scientists interested in understanding the multiple interrelations between economy and society in Bolivarian Venezuela.

“This book offers a thoughtful, committed and illuminating analysis of the socialist experiment in Venezuela. Its strengths and weaknesses are examined in unprecedented detail, in order to identify the drivers and limitation of 'socialism in the 21st century'. An essential work for scholars, students and citizens concerned with Venezuela.” – Alfredo Saad-Filho, King's College London